Turning over
a new leaf

One man
Our Founder and CEO Anton quit his job and started to work as an independent contractor of Xenon Partners
Birth of Gotoinc
Xenon Partners were so impressed with their work with Anton that they asked him to staff them
First big win
With the Gotoinc tech team we helped Xenon Partners to scale and sell the Qualaroo project
New challenge
Gotoinc started a long-term collaboration with GeniusU Group and gained very deep expertise in the new areas
Partnership
Gotoinc became a tech partner and advisor of Kharkiv Airport and HighPass platform
Get a coach be a coach
Gotoinc created from scratch and delivered an e-learning/coaching platform from Utah ZeroToTen
Independent space
Gotoinc opened its own company office (the team previously worked at a coworking center)
Get stronger
Gotoinc started to handle almost all PM, design, and development needs of GeniusU Group
Pandemic crisis
The global pandemic crisis hit Gotoinc hard too. Several of our key projects were shortened or closed
Healthcare expertise
Gotoinc acquired another major client in the face of the Qliqsoft telemedicine platform
Certifications
With the aim to provide an exceptional level of service we started massive certification of our members
VC funds and Valuation
Gotoinc became a partner of the eminent company in the area of VC funding/valuation from California
New success?
There will never be a better time than NOW to write your project into our history as a new success

Our mission is to launch, and upscale software businesses with our proven workflow and effective collaboration. We believe that optimal digital solutions for everyday hassles allow humanity to focus more on matters of global importance.

We strive to be Earth’s most desired and straight software product accelerator, where you can always find a place for your creative ideas.

Great quality cannot be achieved without great communication. That makes fluent English a must. Our long-term plan is to fully switch our internal communications into English and to be the first tech agency of such a kind in Ukraine.

Even after so many successful cases, we still find a lot of unique features and factors to implement. So each of our proposals is based on proven approaches adapted to your project-specific needs.

The world is changing rapidly. You need to run very fast to stay in place. And to get ahead you have to run twice as fast. That is why we regularly refresh our knowledge, improve our skills, and gain professional certificates to provide you with a great service taking into account all today’s features and innovations.

Tech stack we use

At each phase of the design development, we do individual research and use various design tactics to create highly usable and accessible products. Keeping the users so involved, they stay at the forefront of design decisions and help us adapt the design to their needs.

To make the delivery process smooth and develop a stable product we follow the TDD approach with a high percentage of code coverage, using modern CI/CD tools. Applying best practices and conventional patterns, we make the app maintainable and lower the entry barriers. To make sure that the technical solutions we provide are of the highest quality we conduct cross-developer code review.

At Gotoinc, we really care about the quality of the products we develop. That’s why from the very beginning of the project, QA Engineers are always involved. They work on requirements analysis, test planning, test development, executing tests, and providing comprehensive reports to the clients.

This is the final stage before the project handover. We deliver the product to the client with the whole package of documentation and our recommendations on how to support and scale the project in the future. As a result of such an approach, many clients stay with us for the support phase.

Our talents are a strong symbiosis of young passion with successful practice knowledge. This makes us indefinitely hungry for new victories. Meantime, we already have reasons to be proud of and experiences to share. 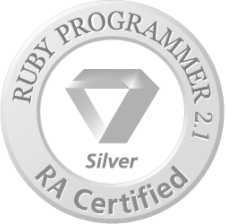 Things that
bring us together

The place where great ideas come, where inspiration is in the air and where there is no life without synergy and team spirit! But all of this wouldn’t be possible without the right people.

A healthy atmosphere keeps our minds free and makes the job productive. That’s why we enjoy spending time together. Whether we’re working or having fun, we feel confident and strong, because we have each other to rely on.

We are great adventurers with a passion for exploration. With each new project launch, we don’t stop discovering the world and learning how to interact in a multidimensional environment.

In a world where technology is everything, we still remember that it’s born from the human idea and built by a proper collaboration with other humans.

Thanks for reaching out!