Back to all articles
Link copied

Before we share our experience of how Gotoinc motivated the team to learn English and help those in need at the same time, we want to tell you why communication has become a core value of the company.

Communication as a value

Imagine you’re talking to your colleague, and then they thank you for a productive conversation. But why do they even say that? If we go deeper into the study of the meaning of human communication, it appears that efficiency is one of its main components. It manifests itself in the speed of information exchange, its understanding, acceptance or nonacceptance, or assimilation. And because English has historically been one of the most important means of communication, we must strive diligently to improve our communication skills to get ahead in the competitive corporate world.

A prime example, the idea of the movie “The Hummingbird Project” – its main point is that millions are counted in milliseconds. In this film, Alexander Skarsgård and Jesse Eisenberg play brothers intent on digging a direct tunnel from Kansas City to the servers of the New York Stock Exchange and getting stock quotes in 16 milliseconds, which is 1 millisecond faster than anyone else in the world.

Position of Ukraine in the global ranking of countries and regions

In 2021, Ukraine has risen by four steps in the English language proficiency rating – it moved from 44th place to 40th. This is evidenced by the data of the EF EPI world ranking. Therefore, Ukrainians are no longer in the group of low levels of English proficiency and have moved into the group of intermediate-level countries. 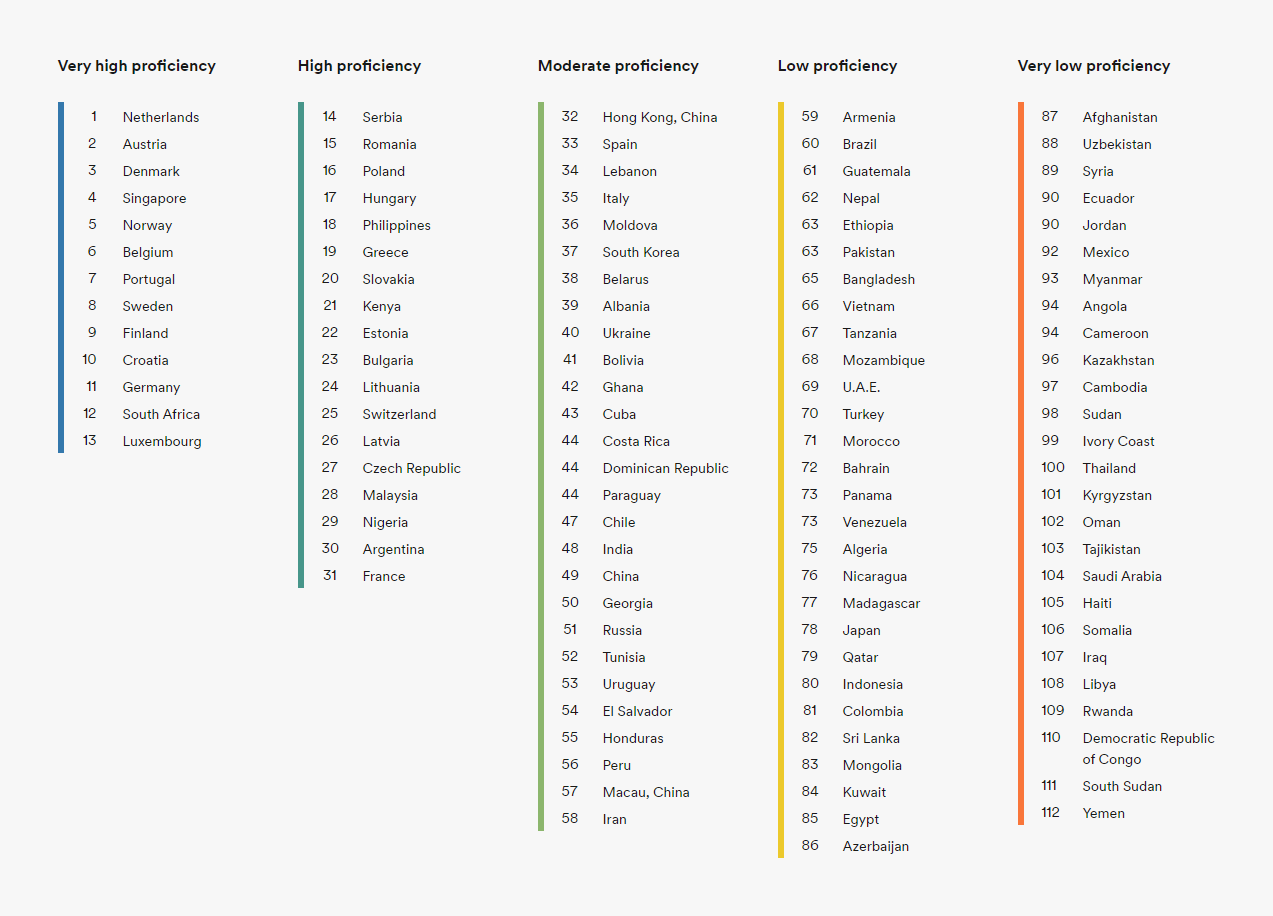 According to the creators of the rating, the average level means that Ukrainians can use English to negotiate, understand song lyrics and write work emails on familiar topics. Besides, based on the rating, it can be noted that Ukraine has quite close positions with Italy and Spain, which are members of the European Union.

It is difficult to predict future trends in how popular and common English would be among the population of Ukraine. However, we can still expect that the level of knowledge will not decrease due to such factors as the state course on European integration, active development of the IT-sphere, and general globalization, typical for all countries.

In addition, EF EPI’s research clearly shows a correlation between English proficiency and such factors as the innovation climate, competitiveness in the global labor market, the level of social and political equality of citizens, and its openness to interacting with the outside world.

For employees to be able to level up English, the company has created a comfortable environment. We have several awesome teachers with different approaches, so anyone can choose the class they like. Not to mention that they can pick a group according to their language proficiency level to always have something new to learn and face new language challenges each lesson. Any class is also available online – so whether the employees are working from the office or their home, they can always join via zoom. 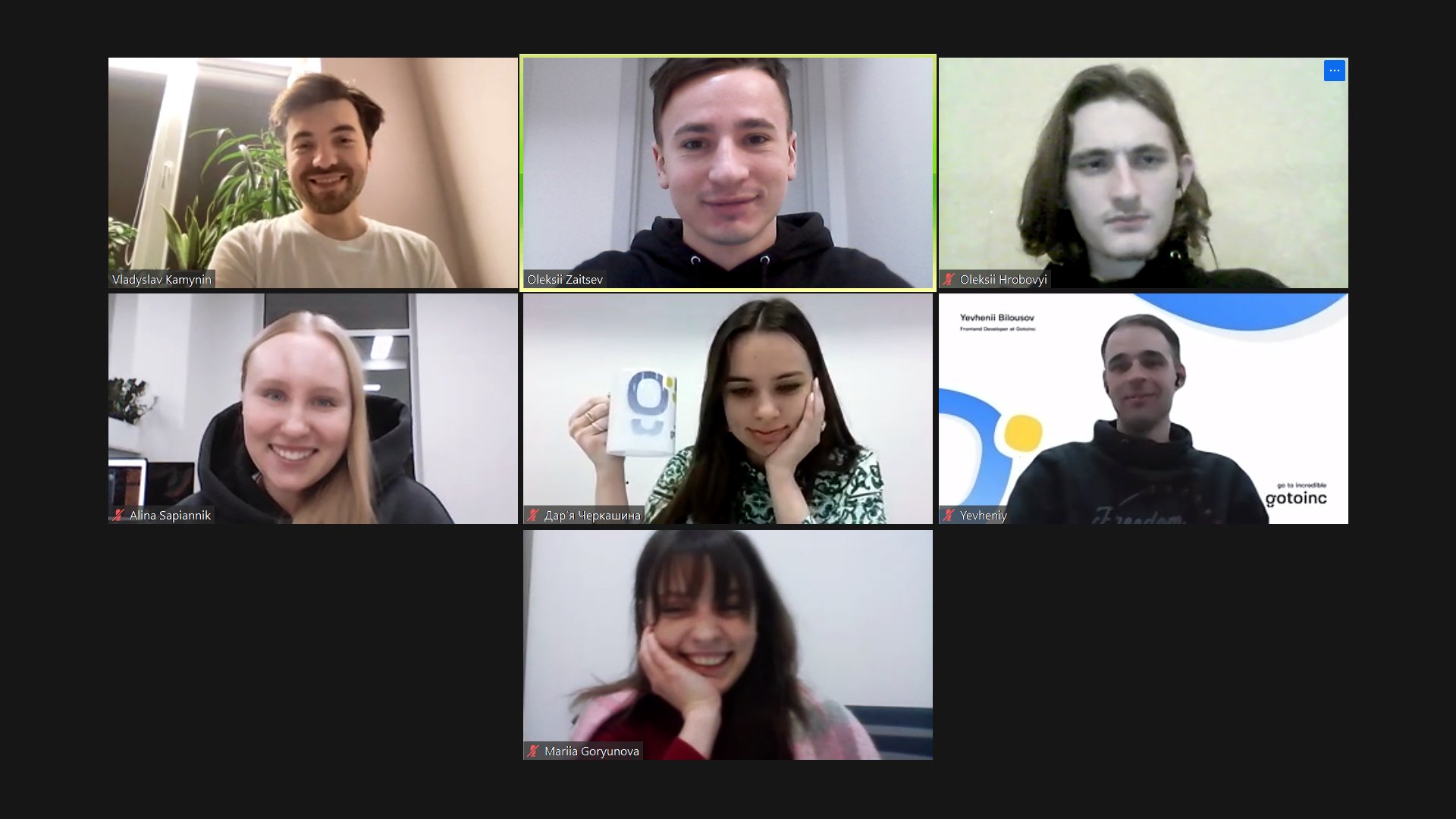 Speaking club with a native speaker

In addition to English classes, we opened a speaking club in the office, where you can improve your pronunciation, overcome the language barrier, or remove academic expressions from your speech. Lessons are taught by our beloved Canadian, Jonathan. Because of the friendly and comfortable atmosphere during the class, we can discuss almost any topic – whether it’s politics, history, science, paranormal stuff, or even hilarious stories about life. 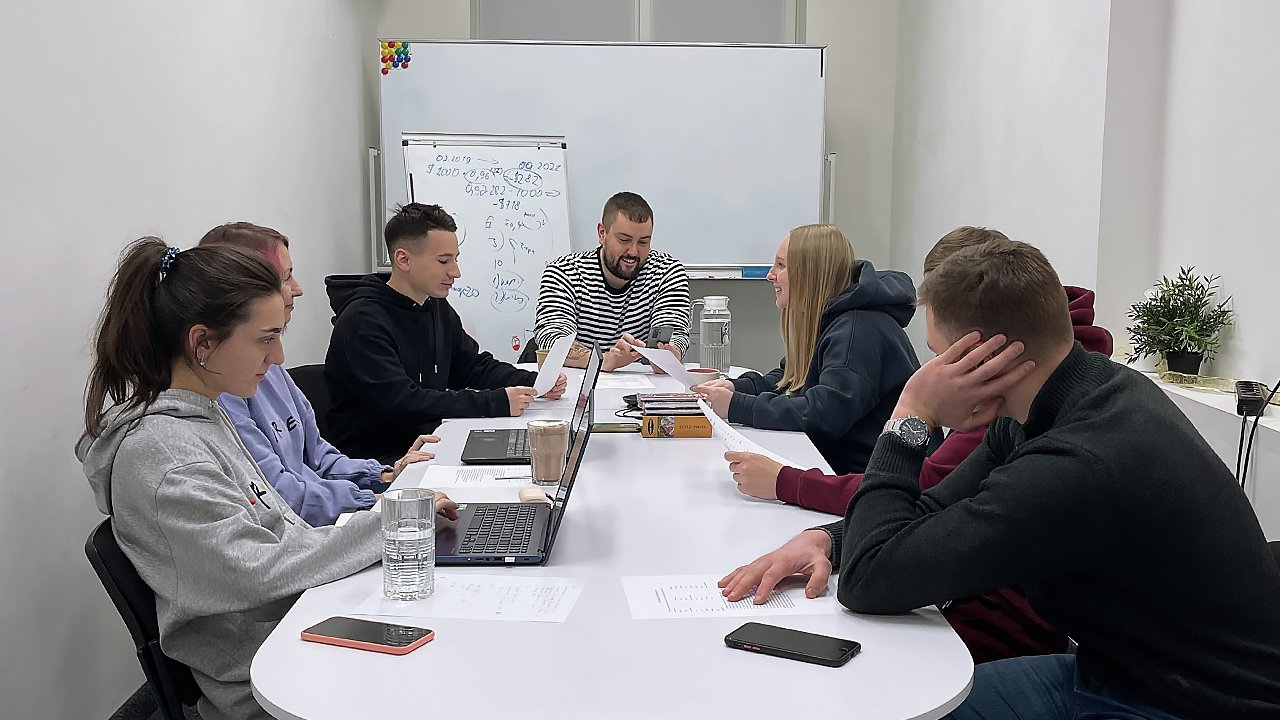 For those who are actively involved in learning English and have already made some progress, the company organized special preparation centers for taking the international Cambridge ESOL exam, which is based on a Europe-wide scale of levels and held in 135 countries around the world. The company covers the cost of certification depending on the results in order to keep employees motivated to achieve high results.

In the process of learning comes inspiration, new ideas, and even traditions. Learning has gradually become our shared leisure time. Now, in between work, we expand our vocabulary by playing Alias, guessing English words. And on Friday nights, at the end of the day, like true film critics, we get together to watch movie premieres in the original language. The reviews, unfortunately, fall under NDA. 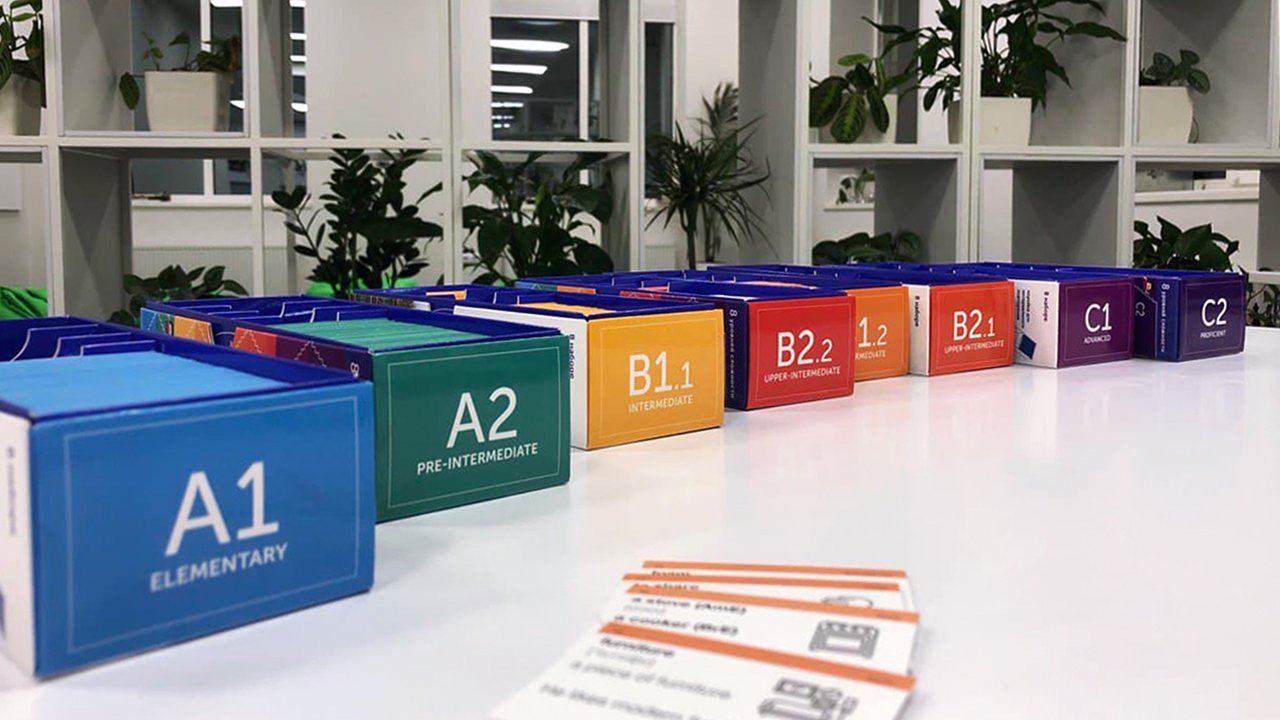 For those who want to chat in English, not just during ‘English Days’ (which we’ll talk about below), we have some non-working channels where everyone can share whatever they want. This has entailed the production of gigabytes of user-generated content and even the birth of a whole profession – office meme manager. And in fact, our team chat has the most responsive people, they’ll cheer you up and help you with any questions about English. 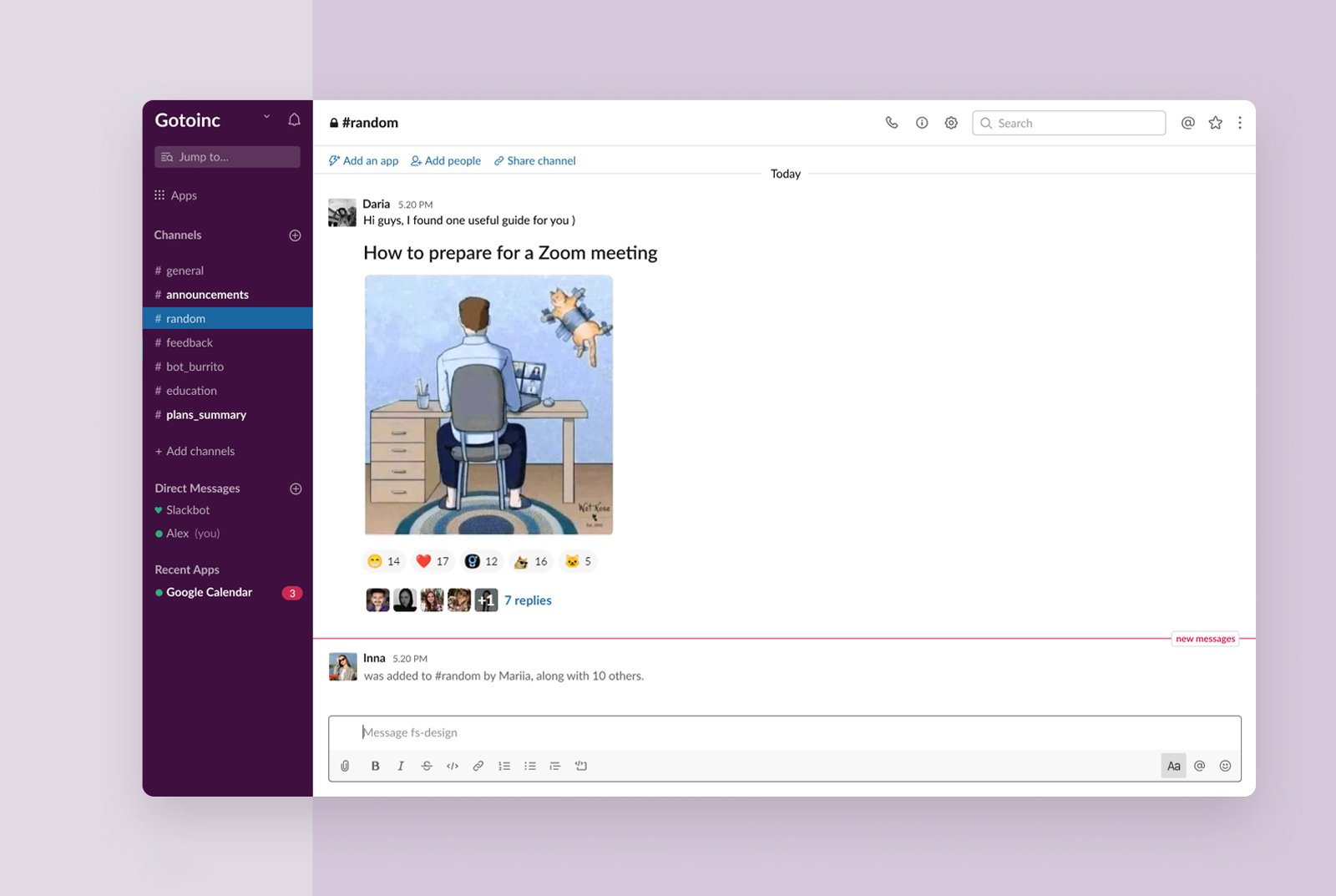 To regularly practice and strengthen the acquired knowledge, we tried to fully reproduce the English-speaking environment – this is how “English Days” appeared in our company. During these days absolutely all communication is conducted in English, whether it’s an internal team meeting or an informal conversation at the dinner table.

If any of the team members used another language, he or she is required to put ₴1 (local currency of Ukraine) into the shared piggy bank as a penalty. And all the money accumulated during the year would be donated to charity.

Keeping in mind that there might be needs or special cases when the only option is to speak our native language, we allocated several special spaces when you are ok to speak any language during English days. So, in September 2021, we collected ₴4,060 and sent it to the Tabletochki Charitable Foundation, which helps children with cancer and their families in Ukraine. 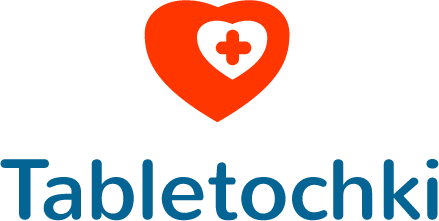 Nevertheless, we are still left with the feeling that we have done so little because there are so many more orphanages in the Kharkiv region and Ukraine as a whole. And there are so many requests for help from those around us that at some moment we just stop seeing and reacting to them.

On our way up we should still keep in mind that there is always somebody who could suddenly fall to the very bottom and who critically needs help right here and right now. But if you help at least once, you begin to think about how you can help more. And realize that with small steps you create something beautiful and big while giving so much happiness to other people.

We truly believe that this will be only the first of many upcoming next steps on how Gotoinc participates in different charity activities. Such practice encouraged us for even bigger donations and actions. 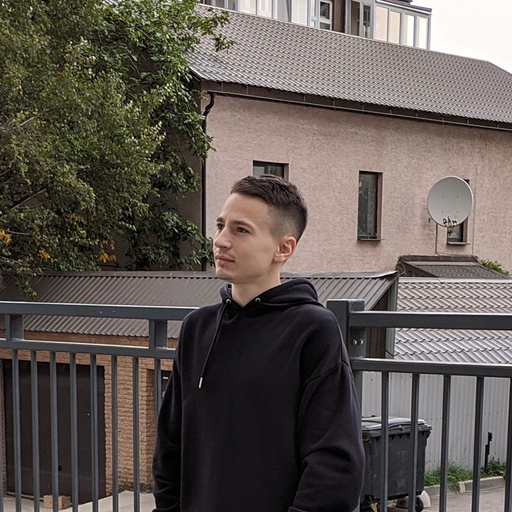 Subscribe to our blog and get useful information the first! Always interesting articles from our experienced co-workers that will help you to develop yourself quickly!

What NFT is and how to make...

The growing value of cryptocurrency, the appearance of the Clubhouse social net...

How Quality Assurance save ...

What is QA, why your project needs it, and what are the consequences of not tes...

Before we share our experience of how Gotoinc motivated the team to learn Engli...